Many people have said, Sherita, you don't seem afraid to do anything.  I just believe, if I try

something, and it doesn't work, I can always go back to what I was doing.

Living my life spontaneously is mostly attributed to my mother's teachings.  As a young  girl, I

remember her saying, "Life is 10% of what happens to you, and the other

90% is how you deal with it."   Learning from Mom's positive, fearless approach to life, is how I began to live by my  motto

YAYOL, which stands for You Are Your Only Limitation!

Now, during these uncertain times, many people are being forced to transition, but are unsure about

pivoting because of fear.  Did you know that most often, our fears are driven by our egos.  If you could just do whatever your hearts desire, without the fear of what someone else would think if you failed, would you do it?  Most would, but we let our

fears (ego) prevent us from living fearlessly, thus allowing regrets to haunt us!

According to several studies, in the later years of life, many people have stated they wish they would've had the courage to live life more for themselves.  They regretted they didn’t follow their dreams and passions as they wished, instead of following a path that others expected of them.  Is that you! 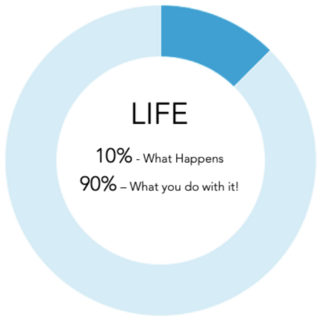 About YAYOL (You Are Your Only Limitation) 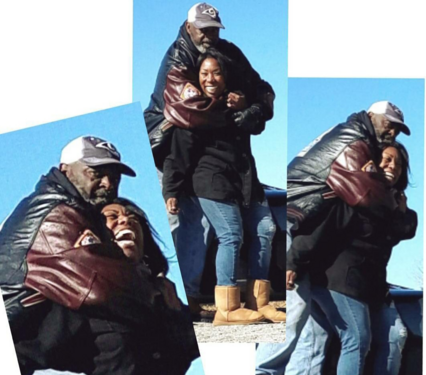 If you're not currently doing what feeds your soul, what are you waiting on . . . more money, marriage, a better career, or retirement?  Why wait on whatever it is, when you can live just a little more now!

Viewing life from another one of my Mom's pearls of wisdom, she also often said, "5% of something, beats 100% of nothing!" With that belief, you can do a little of something right now.

This is why my husband (Ray) and I decided to create this blog -- with the hope of inspiring others to live life to the fullest, right now, not later!

We hope you enjoy our musings!